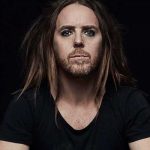 Mel Smith was one of this country's most celebrated and recognisable comedy stars. But he was not simply a gifted comic actor; he was a theatre and film director, a successful businessman, a racing enthusiast and the showbiz bon viveur of his generation.

In this film, his friends, colleagues and admirers, including Griff Rhys Jones, John Lloyd, Richard Curtis and many others, talk about Mel's unique talents both in front of and behind the camera. The film also returns to Oxford University and then Latymer Upper School, where Mel's talents were first spotted as a precocious schoolboy.