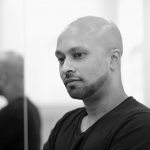 Akram Khan dances on a rooftop in Old Delhi

What price ART? By Tracey Emin

It’s difficult to argue that Sonia Friedman isn’t the world’s most successful theatre producer. Harry Potter, The Book of Mormon, Uncle Vanya, The Ferryman… Throw a stone in the West End, these days, and the chances are it’ll land in front of a Sonia Friedman production. Not bad for a former school truant from East London.

Shot in London and New York, in this film Melvyn Bragg meets Friedman on-stage at the theatre of her biggest success to date: Harry Potter and the Half Blood Prince, currently selling out in London, New York and Melbourne. She describes her inauspicious beginnings, of being fired from productions multiple times but how, through tenacity (something that has served her well throughout her career) and a love of the work, she climbed the ladder to the top of the West End and Broadway – where she now reigns supreme. With contributions from Maria Friedman, Tom Stoppard and Mark Rylance.